Hello everyone, can you believe October is almost over and it’s officially almost the holiday season?! Honestly – these are my absolute favorite posts to write and take pictures for! I love sharing with you guys all of my favorite things, and since it’s my favorite season, I’ve got a lot of love this October. One of my favorite things about fall is cozy-ing everything up, from soft blankets, to candles, to fall home decor. So, today I am sharing with you my fall favorites and where to find them and why I love them so much.

It wouldn’t be fall if the house wasn’t filled with fall candles and this year I might have gone a little overboard! My absolute favorite fall candle is from Bath & Body Works and it’s called Leaves, I’ve bought so many of these this year and this just happens to be my most favorite packaging. This is kind of a rose gold birch look, but they also have a cute flannel one that I grabbed a few of. The reason I love this smell so much is that it is literally fall in a candle, it smells like leaves, but also like crisp air, with notes of crisp red apple, golden nectar, and clove spice – this is my fall favorite!

This year, I’ve also gone for a few sweeter scents, which normally I don’t love as much, but I really like this year’s blend for Vanilla Pumpkin Marshmallow! It has notes of creamy vanilla, pumpkin spice, homemade marshmallow, and drizzled caramel. I love that this one smells sweet, but also crisp and clean, even though it smells sweet, it’s still soft and not too overpowering. I also love the frosted packaging, as you can’t see how much or how little of the candle is left! Definitely would recommend this one to anyone looking for something that smells pumpkin-y and good enough to eat.

White Pumpkin was actually my first pick this year, with notes of white pumpkin, autumn spice, and ground cinnamon it’s another candle that smells like fall. I would say this one is a lot less sweet than Vanilla Pumpkin Marshmallow, but is still really true to that pumpkin smell!

I bought this mug at Target in the $1/$3/$5 section, honestly as a way to avoid an ATM fee! I was far from my bank and thought I’ll do a Target run, they have cash back! This mug is huge and I love the saying on it! It holds two hot chocolate packets and the biggest button for water on the Keurig and by the way, that’s pumpkin whip cream on top! I think this picture made the cutest Instagram. 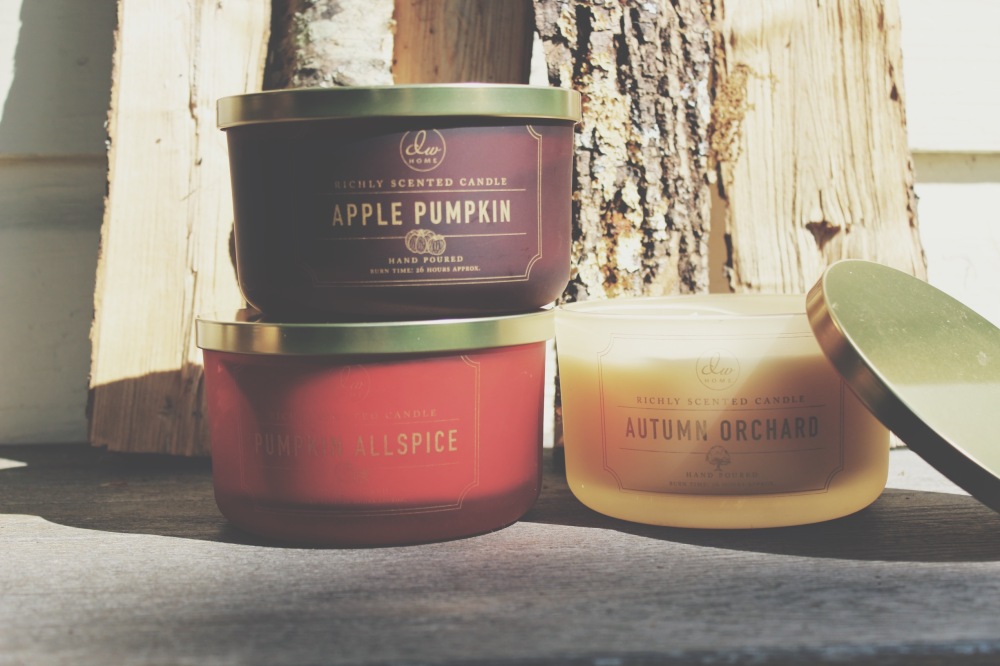 I am in love with these blankets. I snagged the UGG one months ago, during the Nordstrom Anniversary Sale; it normally retails for almost $100 and I got it for less than $70! The Barefoot Dreams blanket sold out too quickly at Nordstrom and I missed it, so I got that one directly from their site and took advantage of a 15% discount for first time purchasers! Does anything say cozy more than these gorgeous blankets?! They’re so cuddly!

I’ve been frequenting Target this season and I picked up this adorable mini-pumpkin in a pack in their home decor section and got these cute clips from the bins when you walk in! I immediately thought they could make a cute flat lay and am so happy with them. I used my HP Sprocket for the photos and I think they look so cute!

Of course, I have some makeup favorites! Fall is my favorite time of year to love makeup because I love a dark lip, glittery eyes, and a bold blush! This year, I stepped a little outside my comfort zone with this gorgeous lipstick from Charlotte Tilbury. This is the color “Glastonberry,” and while it is definitely darker than what I would normally wear, I love it! I think it is such a pretty deep, dark berry color.

I’m also loving these Too Faced Liquid Lip Minis! Too Faced has one of my favorite formulas for liquid lips and I’m obsessed with all of these colors, not to mention they’re scented.

This one might seem a little odd, but I have a favorite fall cleaner! I bought the entire fall range of Meyer’s multi-purpose cleaners and I wanted to give you guys a mini-review. So, I first bought the pumpkin scented cleaner, and I don’t know why, but I didn’t smell it in the store, which I definitely should have because I kind of hate it! It doesn’t smell like pumpkins AT ALL and when Darren asked me, “well, why did you buy it?” I panicked. I told him that I was in Target and I was holding pumpkins, and whatever else you buy at Target, and my hands were full because I didn’t think I’d need a cart, and so I couldn’t smell it; Darren immediately called me out, “But I was the one carrying all your stuff!!!” So, maybe I felt like I was on Supermarket Sweep, maybe I was just stacking stuff in Darren’s arms and I got carried away, but anyway, I do NOT recommend the pumpkin scent.

However, when I went back to Target later in the week I decided to stop and smell the mums…and the cider scent and I love both of them! The cider one is the perfect kitchen cleaner, it leaves the kitchen smelling clean, but also fall appropriate, like an apple crisp just left the oven, and the mum scent is my favorite thing to clean the bedroom with, it smells floral, but also just really clean and soft and it’s the one I’m stocking up on before it’s gone!

I have to mention this one, because I am totally obsessed, but also think it is completely sold out so feel really badly to peak your interest, but maybe next year! I sampled this at the Duchess Country Fair this year and fell in love, it is the Awestruck Hometown Homicider, which is a limited edition pumpkin cider for fall. Darren and I stocked up at the Hudson Valley Food and Wine Festival, but honestly should have bought an entire case because it is that good! I actually like it best served at room temp, as I think you get the best pumpkin taste that way; I love it with fall dinners, but also would serve it on Thanksgiving as a seasonal drink!